If I could think of a year in my life that reminds me of this one it might be 1986. The year 1985 had been a particularly tough one and as a result of all the stress I was losing a lot of sleep. At the time I was way overweight from physical inactivity and wasn’t exercising at all after having finished four months of 12 hour days at the end of a major software delivery project. I had just gone through a divorce, was broke and missed my kids terribly. 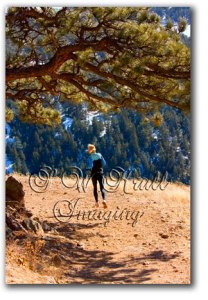 What followed was an amazing journey from from the lowest point in my life to one of the highest. I guess you could say that 12,600 feet of elevation on the top of Hope Pass in the Leadville Trail 100 would be considered a high point! On a dark and hopeless evening in 1986 I decided to do something positive and dragged out a pair of worn out Nike running shoes to plod out my first mile in many years. By April I had built up enough miles to run my first 10K, the Run for the Make a Wish Foundation in Wash Park, Denver.

Like then, last year’s battle against Tricia’s cancer left almost no time for exercise and once again I’m not in the physical condition that I would like to be. So this year again has me working on a training plan and I am thinking others may be thinking of taking the plunge as well and have been writing some Examiner articles on this year’s running scene. Fellowship with other runners is a big part of motivation so this winter I am highlighting the subject of Social Running and will be interviewing Jamie from the University Village Colorado Running Club for my next Examiner article. So stay tuned, 2015 is going to be a great year for running! Click the subscribe to author button at the bottom of each article or the subscribe button on my Examiner profile and you will receive an email each time a new article goes live so you don’t miss anything!