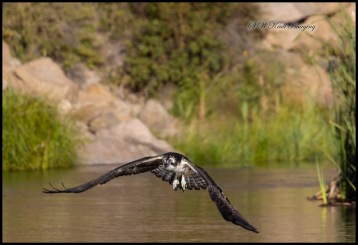 It was quite a summer of photography and I definitely had to up my game this season! For nearly four decades in Colorado I have enjoyed photographing our beautiful mountain landscapes, iconic wildlife including bighorn sheep, mountain goats, deer, elk and even a few bear! I have been successful shooting all these subjects from the fully manual era to auto focus, early digital, and finally to these times of amazing technology that could barely be imagined when I first began this amazing journey with my Minolta X-700 35mm film camera. 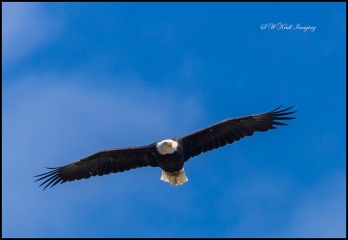 My first digital camera was the original Canon 1D. The camera was so intuitive and amazing that I never even bothered to learn how to use it’s advanced focusing system. The camera was so good at finding the subjects I was interested in that I didn’t even need to learn any more about it beyond it’s most basic settings. Unfortunately that camera had only a 4.5 megapixel sensor and quickly became obsolete as camera technology exploded at light speed.

By the time the Canon 40D was introduced I was doing a bit of sports photography and was forced to master single focus point selection which involved only one additional button and a joy stickl on the back of the camera. By the time the 70D arrived I was confronted with increasingly difficult situations which required learning “back button focus“. With that skill mastered, I was able to rapidly switch between servo and single shot photography with just a thumb and one button on the back of the camera. 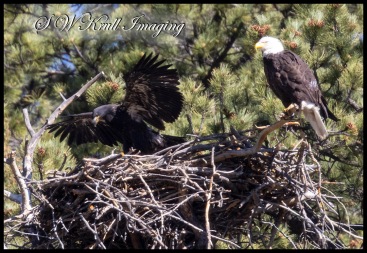 But this summer was different, starting with the discovery of the eagles nesting in Eleven Mile Canyon. No big deal at first, the mother eagle was just sitting in the nest with her eaglet and my previously acquired skills were perfectly sufficient. Then it happened, the eagles flew! They took flight in some of the most magnificent photographic opportunities I had ever been presented with!

And suddenly I was a complete failure as a photographer 😦 All my pictures were blurry and the opportunity for game changing images was lost. Back to the drawing board… Of course there were some obvious solutions, shutter speed too slow being the first major culprit. A quick trip to the internet provided the necessary information, birds in flight require a shutter speed of at least 1/1250th of a second, preferably 1/1600th and up. I decided upon shutter priority mode with auto ISO to accomplish this task and I began to get some pretty decent eagles in flight captures.

After extensive observation I learned a bit about eagle habit, what time of day they might fly, when they might return and even a couple of indicators for when they might be getting ready to take flight. Eagles are big and tend to soar in steadily making accurate focus a fairly dependable action. I believed I was set, my skills were up to the task of photographing raptors 🙂

One day the eagles weren’t there and I decided to venture further into the canyon in search of them. As I scanned the banks of the South Platte River looking for signs of additional subjects I spotted a huge nest on a dead tree high overhead. Closer inspection revealed a bit of motion in the nest so I parked Big Blue and got out with my long lens for a better look.

Sure enough, there was a large bird in the nest with two small bobbing heads… But what was it, a hawk of some kind perhaps? I climbed the opposite bank for a better look and surmised that this beautiful birds must be osprey. I shot for awhile and headed for home with my cache of fascinating images. A quick check on the internet confirmed my original assessment, indeed there was a family of osprey nesting high above the pristine waters of the South Platte River.

Subsequent trips to the viewing area revealed that further advancement in my birding skills was going to be required… for the first time I was forced to deep dive into the capabilities of my camera. Settings that I had glossed over when I purchased my Canon 90D were now items of interest… First image priority, second image priority, acceleration and deceleration, erratic motion and focus point switching were all in play with the osprey. Flight without any kind of warning, rapidly changing direction, flying through the trees and dipping and diving had rendered my previously learned skills completely inadequate.

Now by the end of summer, many dozens of hours of practice, study and trial and error have elevated my skills to a new level. I have confidence that I have my camera settings dialed in, my skills honed and my patience perfected… as much as humanly possible 🙂 Now for what I have learned …

In a nutshell, I’m not going to try to go into great detail about camera settings since each camera manufacturer and each camera is different… but at least for birds in flight and probably many other additional applications, this is what I have learned:

For starters, if I am anticipating birds in flight right from the get go, I’ll put my camera on shutter priority at 1/1600th of a second  with auto ISO. For birds in flight you are going to need at least a 400mm lens if not longer, so I make sure I am using my 100-400 with my 1.4x extension attached. That limits me to F8 and consequently one focus point, but I’ve discovered that unless the bird is flying against a pure backdrop such as the sky I have better luck with the greater magnification and a single point anyway. Tv mode also allows me access to the rear wheel for quick adjustment of exposure compensation which I am going to need if the bird flies high with the bright sky in the background.

If I  get on scene and the birds are in the nest I may want to dial back my shutter speed to 640 which is going to bring the ISO down quite a bit for a cleaner picture. If a beaver is swimming downstream or I see some deer walking across the stream I may bump the shutter speed up to 1/800th or so to freeze the motion. But if nothing else is going on and I am going to just watch a nest for action I’ll bump the shutter speed back up to at least 1250 or 1600 depending on the light.

Also if I find myself in a low light situation anticipating action I may go to manual on the mode dial and use the widest aperture available, which is going to be F8 with the 1.4 attached, or F5.6 for my lens at its widest focal length without the 1.4x, and the lens fully extended to 400mm. In Tv mode, the camera may select a stop down from the widest aperture which may bump you into a higher and less clear ISO range. And of course always be paying attention to your background. If it is brighter than the light on your subject you may need to bump up your exposure compensation. A bright sky may require at least +1. As in the case of the osprey and bald eagles with their bright white heads, you are probably going to want to dial that back to -1/3 or -2/3 to avoid blowing out the brilliant white feathers. 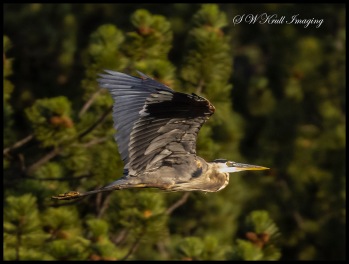 Well I guess that’s about it for now… I have to say though, I’m looking forward to autumn and prime season for the majestic large mammals that mostly stand and pose for me.  Even with all the learning and practice a lot of birds in flight don’t turn out and I am going to enjoy the much higher success rate on the big animals 🙂

For your enjoyment I have created many short multimedia videos for my YouTube channel! Feel free to watch and be sure to subscribe to my channel  if you would like to see more of our adventures!