Late December through February every year a growing population of American Bald Eagles gather in Barr Lake State Park Colorado to winter and search for mates. Kevin and I have been talking about making the journey up there for a couple of years now and finally we decided it was time to get it done! 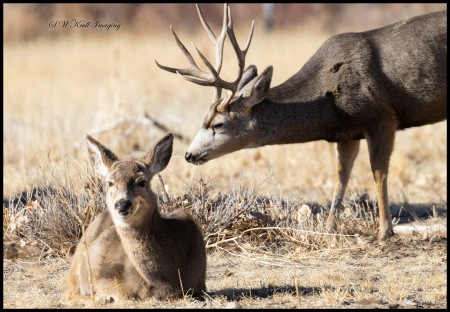 We started the day at the Rocky Mountain Arsenal though as there have been rumors of eagles gathering there as well. We didn’t see any eagles but there was a nice herd of mule and whitetail deer grazing on the dry winter grass surrounding the lake that cooperated with us for a few pictures. We also saw some kind of woodpecker banging out a meal high in the massive cottonwood trees along the lake. Unfortunately I was not able to get a picture of that little fellow so you will just have to imagine!

Eventually we pressed on to Barr Lake while sighting a red-tail hawk along the way. We got a few of him on a power pole, but beyond credit for the sighting of a raptor I’m not too thrilled with power pole images.  Once inside the park we spotted a northern harrier that we had seen back in the fall that appeared willing to cooperate with a few captures. I managed to get a couple of him soaring high in the beautiful blue Colorado sky, but no dramatic closeups. 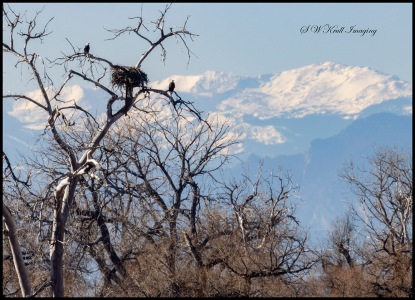 It was a 1.3 mile trek around he south side of the lake where the state of Colorado has constructed a  beautiful gazebo for watching the eagles which were gathered along the far south and west side of the lake… unfortunately about 1,000 yards away. I had my 400mm lens with a 1.4x teleconverter taking me out to 560mm of focal length, but even that was not enough to bring in very much detail. However it was quite a beautiful scene with the snow capped Colorado Rockies in the background. We saw a nesting pair in a huge cottonwood tree along with a few more mature and juvenile eagles standing on the shoreline of the scenic reservoir.

The eagles were far outnumbered by a huge flock of  Canada Geese that looked like a cloud when they all took flight! I got a few still captures of the amazing scene but when I went to try to get video footage the silly waterfowl refused to cooperate 😦 Eventually we decided to spend the golden hour of sunset back at the Arsenal with the deer.

In addition to the usual pictures I include in my posts, this time there is a YouTube video to go along with my submission. I was able to capture a few minutes of footage of these amazing birds which you can view on my channel here! 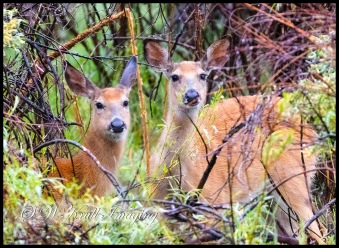 Quite a week it has been, three awesome photo adventures with photography buddy Kevin, eagles at Eleven Mile Canyon, a Wilson’s Warbler on a great hike to Anne-Marie Falls on Pikes Peak and a long desired photo trip to the Rocky Mountain Arsenal National Wildlife Reserve near Denver Colorado 🙂

Last Saturday we had planned to make the hike to the pond on the Twin Rocks Trail in the Fossil Beds National Monument. Unfortunately not long after I arrived it had started to sprinkle and by the time Kevin got there we were in a full fledged rain storm with more to come throughout the day. The rain let up for a few minutes but we decided that we really didn’t want to get caught in a rain storm several miles back into the mountains. 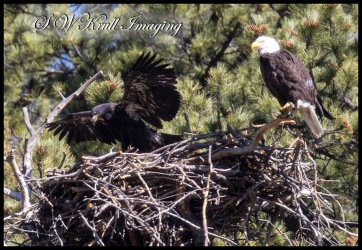 retreat to the shelter of the vehicle in the event of a rainstorm. It was raining when we got there so we just drove all the way to the end of the canyon making a mental not of all the good spots along the way.  I shot quite a few of the roaring river on the way back out but unfortunately I’m not really too thrilled with any of those images. The eagle at mouth of the canyon was however another matter! She and her eaglet were putting on quite a show 🙂 I had photographed the eagle and her youngster last winter, but the little one isn’t very little anymore! The little guy is almost full grown now and getting very close to flight. I was privileged to witness the eaglet spreading his young wings in the wind while gaining a few inches of altitude above the nest with mama eagle looking on intently.

Sunday was supposed to  be a much more hospitable morning so we decided to hike back out to Anne-Marie Falls on Pikes Peak in search of the little yellow Wilson’s Warbler. After arriving  we didn’t see any action so we took up a good vantage point and just waited. Eventually the diminutive bird began to circle in closer and closer and we were able to capture quite a few poses before he grew bored with the game and departed into the dense forest.

The day for our planned journey to the Arsenal arrived with an unexpected winter storm. I was tempted to bail, but the storm was supposed to give way by mid morning to a sunny pleasant day so I decided to chance the drive over the pass. It had been pretty warm all week and the snow was just melting on the roads at 3:00 a.m. when I arose so I really didn’t think there was  going to be a problem.

the time I got to Divide it was a total whiteout and the snow was piling up on the road. There was so much snow that I couldn’t even tell what lane I was in 😦 Eventually as we descended out of the mountains the snow gave way to rain and we were out of danger. However when we got to the arsenal it was still raining pretty hard so for he first hour we were having to shoot out the window and many pictures were ruined by the  lack of a good shooting angle 😦 Eventually the weather did clear and we got some wonderful images of buffalo, deer, pelicans, a blue heron and a few other kinds of small birds including the elusive swallows that have been taunting us for the last few days. 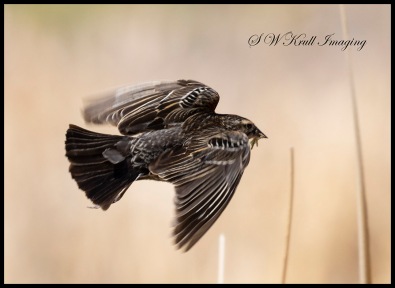 Today of course finds me at the computer monitor trying to deal with the couple thousand images that have been piling up on my computer these days! As always these images and more will be available for purchase on my website as wall art on glossy metal or acrylic sheets ready for hanging, stretched canvas and traditional matting and framing. Tons of cool gift and tech items are also available including t-shirts, coffee mugs, battery chargers, phone cases, blankets and pillows and much more!