Two subjects today… The first is low key photography. I’ve liked this look when I have seen it but have never tried it myself. When I prepare my images I have always worked hard to retain every speck of detail in the highlights and shadows that I am able, but that look doesn’t always really represent what I was feeling or wanting from the image when I shot it. So lately I’ve been looking into this idea a little bit and decided to try it on this image that lent itself to low key techniques. It has some good highlights on the snowy peaks as the sun was coming up in the east, some dark brooding clouds and some dark less important features in the foreground. Using curves and the apply image option in Photoshop I added some mood to the clouds and foreground. Some additional painting was required to retain some mid tones that I wanted in the image, and here it is! My first attempt at low key landscape photography. I may try some more of this with early morning wildlife photography if I get an image that lends itself to that.

Cyber Monday tomorrow… the day when many people make their online Christmas purchases. 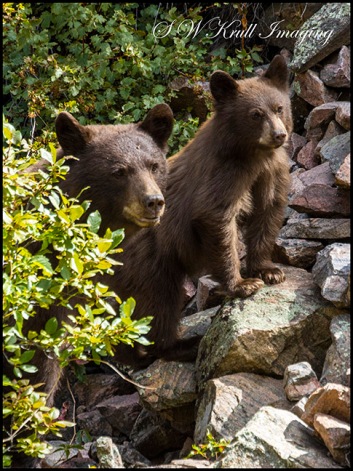 There have been a number of improvements to my website this year and today is as good a day as any to explain them and make the pitch for online purchases of wall art! My site is divided into galleries, or collections as they are referred to on the main page which also shows an example of my latest imagery in a frame so you can visualize what it might look like on your wall! From there you can go above and view the site organized by the type of product you are interested in. For example you might interested in wall art. Hover the mouse over the wall art title and many types of wall art will appear. Click on the one you want and you will see the collections or galleries of images to choose from. From there you can pick your favorite subject and choose the size and framing materials.

Or from the main page you can go directly into the collections and then choose the print medium, whether it be wall art on acrylic, glossy metal, traditional framing and matting or gift and hand household items or tech items such as t-shirts, coffee mugs, shower curtains, yoga mats, battery chargers, phone cases and much much more!

And of course there is a search function if you have a specific subject in mind. For example you might be wanting a picture of elk, or deer or bears or Pikes Peak. Just go to the top of the page and type in your subject and only images including that word will appear. Then just choose your image and select the type of product you would like to purchase!

Well that’s it for today! Hoping for a happy and healthy holiday season for all!

Got a bit of a late start today, just could not drag myself out of bed. But it would not have mattered anyway, there is so much mist from all the rain that I can barely see the peak from here. Was kind of hoping I would see some wildlife on the drive through the forest on the way to the trailhead  where I walk the doggies, but no such luck. Sometimes the wildlife look kind of magical in the mist but they were nowhere to be found today. 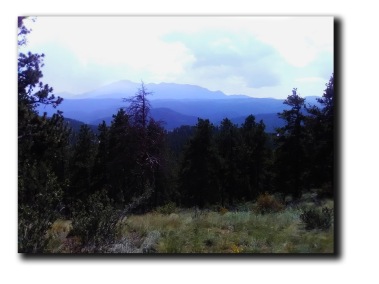 So I didn’t even bother to bring my real camera along on the trail, even if I saw something the doggies would not let me get a decent shot… So you might say, don’t take them along! Lol… Besides the cute furry critters in the woods there are some not so cute ones! We have bears and mountain lions roaming that forest and I like the advance warning I get from my friends with super powers when it comes to hearing and smelling 🙂 So I just took my phone camera and snapped a couple of scenery along the way.

Wildflowers on the way to the knoll

I have been eyeing this knoll for a while now. There isn’t a real trail leading up to the top of it but the underbrush looked pretty easy to navigate. So today I had the time, the sleep the night before, the energy and the right day and I decided to climb the thing. A bit anticlimactic though, I couldn’t really see anything from there, and when you look at it in a picture it doesn’t look like much. But it is actually quite steep and maybe a couple hundred foot climb.

What the heck, the box in the sky for climbing that one is checked, the wildflowers were pretty along the way and the exercise was great for the doggies who are now snoozing happily on the bed 🙂 As we were coming back down the trail it was getting pretty hot and I was thinking of places I might go afterwards to beat the heat but just as we got back to the trailhead a thunderstorm started to roll in and the temperature dropped rapidly. Made it home just in time to avoid getting wet 🙂

Still mourning the loss of my Canon 40D. First time in my life I have actually worn a camera out. So I was thinking back at the times I had with that camera and it

occurs to me that we covered a a lot of ground together. For starters I imagine there were probably close to 1000 treks through the wildlife preserve and the lake to photograph the deer herd where I used to live. There were the balloon festivals, marathons to be covered, hikes in the mountains of Boulder, the sheer cliffs of El Dorado State Park, Rocky Mountain National Park and the Mount Evans Wilderness. The camera was with me as picked my way onto rocks 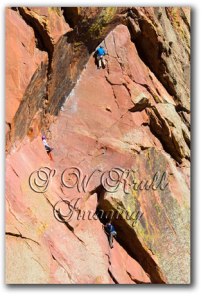 near the banks of Clear Creek photographing

whitewater rafting and kayaking. We were wary when we photographed the female bear with her cubs and were surprised by a nudge from behind from a curious bighorn sheep and we made ourselves comfortable with a family of coyotes while they feasted on a deer carcass. 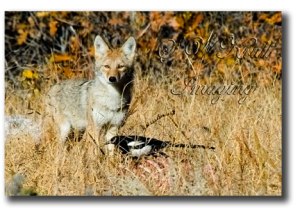 The camera was with me in good weather and bad, sunshine, rainstorms and blizzards.  One other time I thought the camera had seen it’s last shot during a blizzard in 2009. My gloves got wet and I think a little moisture must have seeped into the shutter button. Anyway the camera quit shooting, but I opened all the little doors on it and later on it dried out and started shooting again.

Through the lens of my 40D I experienced the aging and passing of my samoyed and my border collie along with their feline buddy Bubba. The camera was along when we said goodbye to our home in Parker that we thought we would retire in.

We stared in wonder at the constantly changing north face of Pikes Peak and explored the forests and parks of the Pike National Forest when we first moved to Teller County in 2010. Since then there have been fires and floods, drought and storm, and some incredible mountain snowfall to capture. 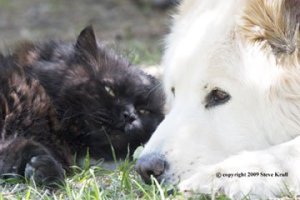 Finally, at the most inopportune time, my trusted device failed me. I was trying to get some shots of a small herd of young doe mule deer who were strolling past. Much to my surprise the deer just walked right up to within a few feet of me. Close enough that they passed between me and my friendly little tabby cat Tigger who didn’t seem to be the least bit concerned. I was worried that the deer would become startled by the little guy and was holding my breath hoping not to scare them into any sudden violent behavior.

Before long I was gazing in wonder and amazement as Tigger and the smallest deer of the group were touching noses and making friends. Unfortunately the only record of the incident will be in my mind. The final image captured by my 40D was the portrait of Tigger that I had taken moments before.

All in all it was a very rewarding six year run with that camera. I hope then next six years are equally filled with wonder and adventure. By the grace of God they will be.